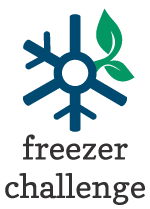 This presentation reports on continuing efforts to characterize plume dispersion from induced-air laboratory exhaust fans. Wisner and Meats reported at the 2016 I2SL Annual Conference that some models of induced-air fans tested were not found to provide plume characteristics consistent with expectations. This presentation introduces a new technique which measures the three-dimensional distribution of pollutant concentration in exhaust plumes and shows in-situ examples of plumes from induced-air fans produced by two of the major manufacturers of these devices. The measurements are made remotely by a lidar system which measures the intensity of laser light reflected by smoke particles injected into the plume. The intensity of the reflected light is proportional to the concentration of smoke particles in the plume allowing the three-dimensional geometry of the concentration profile to be mapped over time.

Induced-air fans have been a staple of the design of laboratory exhaust systems for over two decades and populate many of the large laboratory roofs in the United States. The transport and dispersion of plumes from these fans play a significant role in the continued safety of laboratory workers and other building occupants. As efforts continue to reduce exhaust flows and fan speeds with the goal of reducing fan energy consumption, the ability to accurately predict and model the transport and dispersion of plumes from these exhaust systems becomes increasingly important. Exhaust systems that were at one time conservatively over-designed can begin to experience recirculation of the exhaust plumes into the lab building and potentially into adjacent buildings. Knowledge of the actual three-dimensional distributions of exhaust plume concentrations in the real atmosphere provides a valuable tool for validating and improving the modeling of these plumes in atmospheric boundary layer wind tunnels.

This presentation will include comparisons of plumes modeled in the wind tunnel with plumes measured in the field on laboratory roofs on the Georgia Institute of Technology in Atlanta along with a discussion of the appropriate wind tunnel modeling techniques for transport and dispersion of induced-air lab fans. The implications of differences between past modeling practices and observed field validation will be discussed.

Chet is the President of Ambient Air Technologies, a Colorado firm specializing in wind tunnel modeling and consulting on exhaust dispersion for laboratory and healthcare facilities. As a result of recent cutting-edge studies, AAT has produced data supporting energy reduction initiatives which are reaping significant energy savings for numerous clients. He has a BS from UC Berkeley in Eng Physics, an MS in Meteorology from the South Dakota School of Miles, and an MBA from UCLA.

Note: I2SL did not edit or revise abstract or biography text. Abstracts and biographies are displayed as submitted by the author(s).